I have been doing a lot of research and I’ve found out that most of the foods on our shelves and in the stores contain artificial food additives are known to harm either the human body or laboratory animals. More and more experts are agreeing that its best if you avoid as many chemicals in your food as possible.

Once I had learned of this, I started to pay more attention to reading labels on the foods that I buy. However, all of us need to be on our guard, because some of these ingredients also are used in meats, dairy products and even produce.When you switch to a more natural & additive free food, this will help restore your health, energy & natural weight.

Below is a list of the top most dangerous chemicals & food additives to look out for. 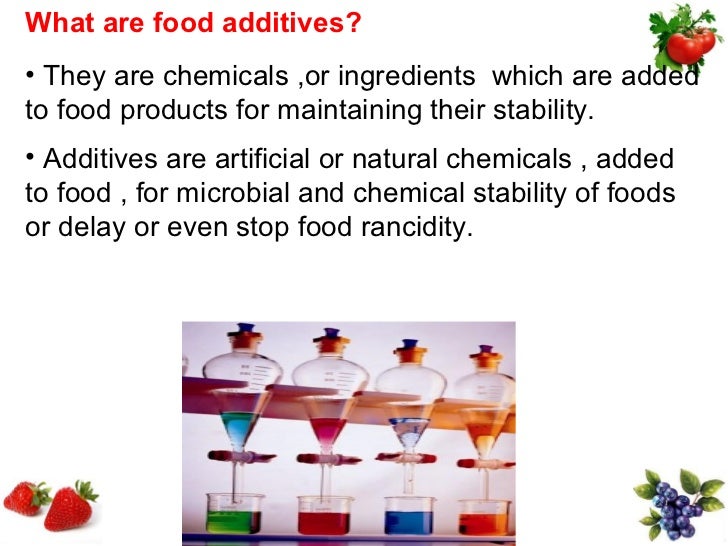 High Fructose Corn Syrup is a chemical derivative of corn syrup; which leads to increase in obesity, diabetes, and also heart disease in humans. HFCS is made from genetically modified corn and processed with genetically modified enzymes and nearly half of tested samples of HFCS contained mercury.

HFCS is made of 55% fructose to 45% glucose. With HFCS, there are no chemical bonds between the fructose and glucose molecules, so the fructose is released more quickly into the blood stream, triggering blood sugar spikes. Trans fat raises your LDL (“bad”) cholesterol and lowers your HDL (“good”) cholesterol; this increases your risk of heart disease, this is the leading killer of men and women. Trans fats are responsible for triggering obesity and heart problems among millions of people around the globe. Banned in Norway, Finland and France. May cause chromosomal damage & suspected of causing tumors.

Banned in 1990 after 8 years of debate from use in many foods and cosmetics. This dye continues to be on the market until supplies run out! Has been proven to cause thyroid cancer and chromosomal damage in laboratory animals, may also interfere with brain-nerve transmission

Banned in Norway and Sweden. Increases the number of kidney and adrenal gland tumors in laboratory animals, may cause chromosomal damage.

A food preservative that is a known carcinogen and may cause damage our DNA. Preservative used in . According to the FDA, approximately one in 100 people is sensitive to sulfites in food. The majority of these individuals are asthmatic, suggesting a link between asthma and sulfites. Individuals who are sulfite sensitive may experience headaches, breathing problems, and rashes. In severe cases, sulfites can actually cause death by closing down the airway altogether, leading to cardiac arrest.

Sodium Nitrate is highly toxic and stimulates the formation of nitrosamines which are highly carcinogenic (cancer causing) in nature.

Butylated hydroxyanisole (BHA) and butylated hydrozyttoluene (BHT) are preservatives found in cereals, chewing gum, potato chips, and vegetable oils. This common preservative keeps foods from changing color, changing flavor or becoming rancid. BHA is known to cause cancer in rats, and may be a cancer-causing agent in humans as well. US experts concluded that BHA “is reasonably anticipated to be a human carcinogen.” BHA and BHT are banned in Japan and parts of the European Union, and the UK does not permit BHA in baby foods.

Sulfur additives are toxic and in the U.S., even the FDA has prohibited their use on raw fruit and vegetables. Adverse reactions include: bronchial problems particularly in those prone to asthma, hypotension (low blood pressure), flushing tingling sensations or anaphylactic shock. It also destroys vitamins B1 and E. Not recommended for consumption by children. The International Labour Organization says to avoid E220 if you suffer from conjunctivitis, bronchitis, emphysema, bronchial asthma, or cardiovascular disease. This site uses Akismet to reduce spam. Learn how your comment data is processed.

This work is licensed under a Creative Commons Attribution-NonCommercial-ShareAlike 3.0 United States License.